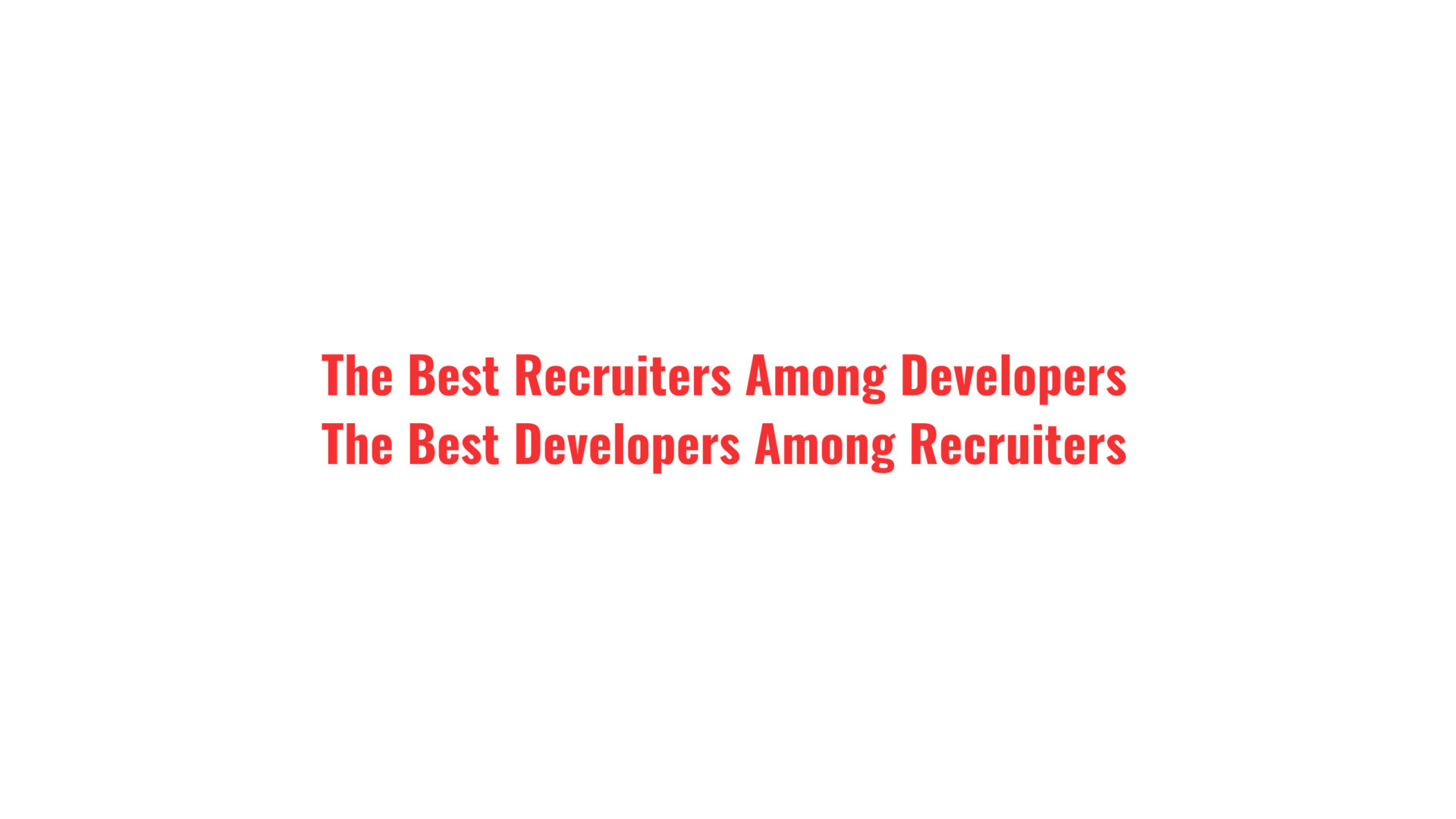 Q: Which is your favorite programming language and why?

A: Of course Pascal and Assembler (and playing with it on 8085 microprocessor) – mainly because of nostalgia and how terribly hard was to pass Microprocessor programming class.

Q: Which one is the easiest to recruit for?

A: Oh well, if we are talking about all programming languages, the answer is simple: the easiest are roles where you have a knowledge about them, you know some tools, you personally played with them and made some real programming. In my opinion it is essential to have a great understanding of technology and role itself, it is not enough to read about it on Wikipedia or ask a Hiring Manager. Recruiters should educate themselves about each techstack.

For example I never done C++ programming before, my knowledge was very general so when I had to recruit a super star C++ developer, the first thing I made was installing all the tools to write some basic programs, go for some tutorials for a week or so. Doing all this prepared me to ask more in depth technical questions and understand what candidate was talking about. This also helped me to evaluate (on a high level) their skills and not send candidates for slaughter on next stages.

Overall, it really depends on requirements of Hiring Manager. If you are not a partner for him/her to ask questions, advice and sometimes challenge the search criteria, the easiest role can take months to fill. If you cannot build a credibility with Hiring Manager it’s hard to be a partner.

Q: You were into product management & sales in past. What did you learn in the previous jobs that helped you to move to recruiting?

A: That everything depends on me and I should not count on others to achieve my goals. I know it’s sometimes not very easy to deal with me but I hold myself (and others) to high standards when it comes to learning and internal drive.

Working for Polish Telecom and Netia at the very beginning of my career (2005 or so) had the biggest impact on me. I was a simple hardware IT guy fixing computers. Later on when market was changing I went to work in Polish Telecom’s call center and then moved to Netia as Tech Consultant and trainer. Add to this my geeky nature and 260-320 hours of work per month and I got nice fundamentals which shaped me into who I am today.

Q: Do you think tests help to recruit developers?

A: What kind of tests? The simple answer would be no.
Too many False negatives – the human factor is required on all stages in my opinion (well in few years sourcing could be replaced with some nice machine learning.)

Q: What are your favourite tools to source great tech talent?

A: We got so many great things to use currently: GitHub, Stack Overflow, Linkedin, Twitter, Facebook even Meetup, and Kickstarter like pages where we can use x-ray, scripting etc.. All of them are good to source and you can have a great success. But my personal network, developers coming back to me and recommending people is the best option I have – from this source I got like 5% of my hires but I am proud that experienced developer can come back to me to recommend his friend or ask for advice when he/she is changing the job or wants to go into different tech stack for example. This is a proof that I am doing something meaningful – developers are not numbers and assets to be placed to client. In fact I am responsible for their future career to some extent.

A: You need to love and understand IT and its community, some tech knowledge is a must have.
If you did not write simple ‘Hello world’ with any programming language, you don’t know what is the difference between HTTP or HTTPs, or why Unix is still a thing..try to learn. Practice your coding skills a bit, if you hate it, tech recruitment might not be a place for you. Writing poems on Linkedin to attract a Java Developer, or putting pretty pictures for LinkedIn profile won’t do the trick. 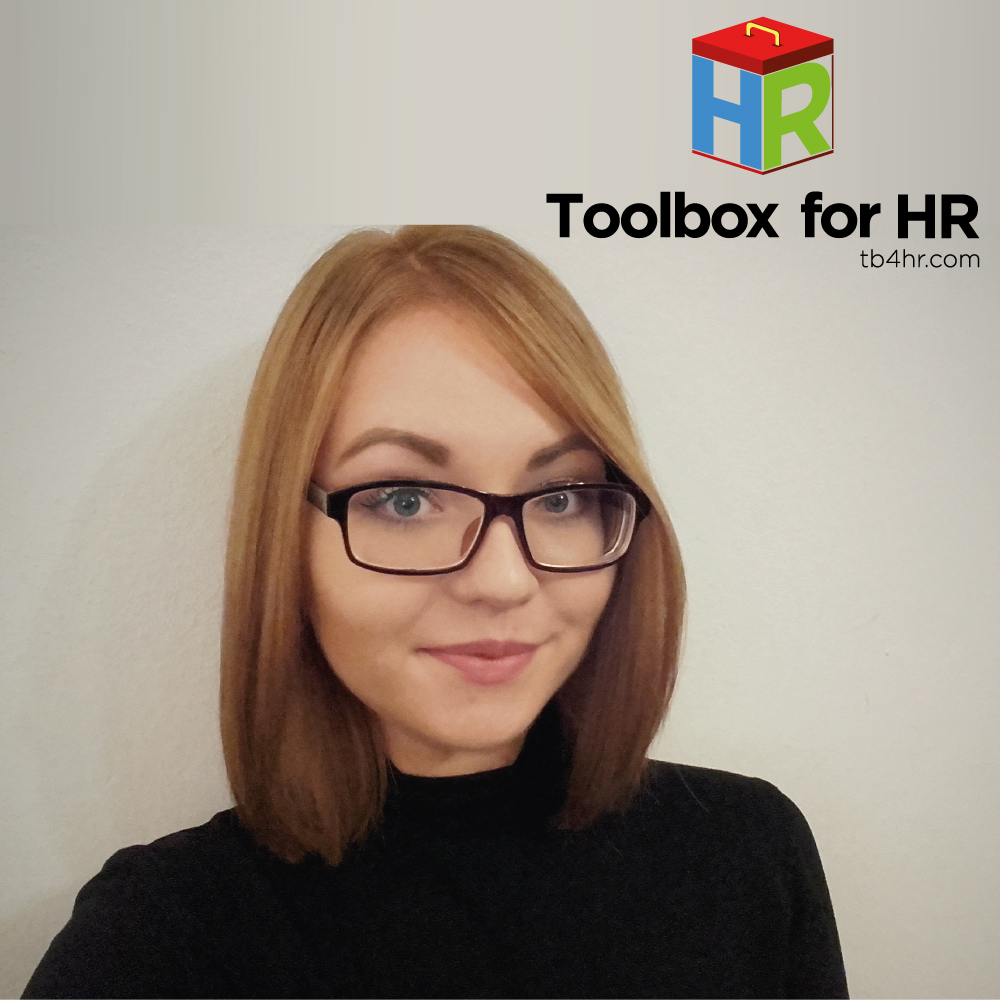 Q: You studied Business Economics. How is tech recruitment working out for you?

A: To start with, I’ve never thought that my first job ever will be connected with recruitment. My educational background already suggests that I was far from tech world before I found about TB4HR. However, after working here for half a year it became more and more obvious that understanding basic economics’ concepts helps in detecting trends and getting better understanding of why things work out this particular way, not the other. Even though both of the areas seem to be very strict to numbers and science, at the end of the day, it’s all about humans’ behaviour and decisions. Studying economics involves a lot of market analysis; so, I assume, throughout 3 years I’ve gained a decent understanding of which countries (mainly European states) have competitive advantage in terms of employment opportunities alongside with skillful labour force. Moreover, being aware of the current economic situation might allow to, sort of, “juggle” with talent pools, which is definitely beneficial for recruiters, developers and our clients. The first “wow” moment when it all perfectly matched in my head has happened when I understood that TB4HR is following the two-sided market theory in its everyday activity: we are aiming to help two sets of agents (our clients and developers) to “trade” with the help of the TB4HR platform, thus increasing their efficiency.

Q: What was the hardest thing for you when getting into recruiting? Please elaborate.

A: I believe that working as a tech recruiter has a number of its own peculiarities, when comparing to other kinds of recruitment. Hence, I had to make an extra-effort to learn basic tech notions like types of developers, programming languages, frameworks, etc. As IT developers are extremely passionate about their work (or rather a lifestyle), it definitely helps to know as much as possible about their average mindset and speak the same “language”. Without that it’s very hard to make them interested and involved into a new project, as a recruiter needs to understand the values developers have. From what I observed, it’s about the idea and challenges, not that much about the material reward.

Q: You finished thesis on immigration. What do you think about the mobility of the tech talent in Europe?

A: In my opinion, the mobility of tech talent drastically varies in different parts of Europe.
For example, there’s a common belief that developers from Eastern European countries are more prone to move to the west. It is still true in the majority of cases, however talking to the younger generation of tech talent this opinion seems to be losing its reliability. As with any concept connected to immigration, it’s very hard to evaluate a human factor: developers tend to opt for remote or freelance job instead of relocating.
If we are talking about EU states, once again, barriers of labour movement seem to be reduced to its maximum as it’s one of the 4 freedoms any EU citizen has. Nonetheless, differences in ethnical background, languages, and cultures put certain limits on the degree of mobility.
Constant changes that Europe undergoes bring gains, as the aftermath of Brexit.
For example being the largest diaspora in the UK, a lot of Polish people are moving back. It’s definitely beneficial for the labour market in Poland, as it obtains many skilled workers with extensive experience and average salary expectations, but unfortunate for the British market, as it loses skilled labour force with initially depreciated wages.

Q: What’s the future of Machine Learning? How will it impact industries and businesses?

A: Machine Learning is a big word now in numerous industries. Coming back to the field of my bachelor studies, it turned out that I’ve already encountered machine learning techniques when writing my thesis. The major goal of Machine Learning can be summed up with one word – prediction – and it is very much in line what economists and econometricians are trying to achieve by creating models. However, as innovative and as it sounds, Machine learning creates multiple challenges in the process of fitting the data: it, of course, does a great job in forecasting, but is not the best way in assessing the effects an economic policy might have on various variables.
Nonetheless, applying machine learning in the field of finance is an awesome way to predict trends and provide economic agents with solutions to simple financial problems (analysing customers’ spending patterns and suggesting saving/investment portions of their income, for example).

Q: What have you learned about tech talent while contributing #TB4HRLabs studies?

A: Having an opportunity to contribute to #TB4HRLabs studies is a great way to learn about the distribution of tech talent around the world in the quickest way possible. The first statistical research I’ve done at TB4HR was aimed on analysing tech pool in the Eastern Europe. It’s extremely helpful to be involved in these studies for a recruiter-newbie, as you can observe the density of tech pool in different countries, what programming languages are spread there, and form general opinion on which regions have the majority of certain types of developers. It always useful to give a data-backed recommendations of talent pools for our clients or provide them with alternatives.

The Internet of things involves machine to machine data communication based on data gathering sensors and cloud computing. We’re bringing data analytics to the real world and that is REALLY THE NEXT BIG THING that is going to stay with us for longer. There is no limit to the innovation IoT can bring and we’re proudly taking part in building this future.

We checked the IoT talent situation and turned it into an infographic. Maybe it’s time to freshen up your C skills. Embedded development jobs are getting more and more attractive. 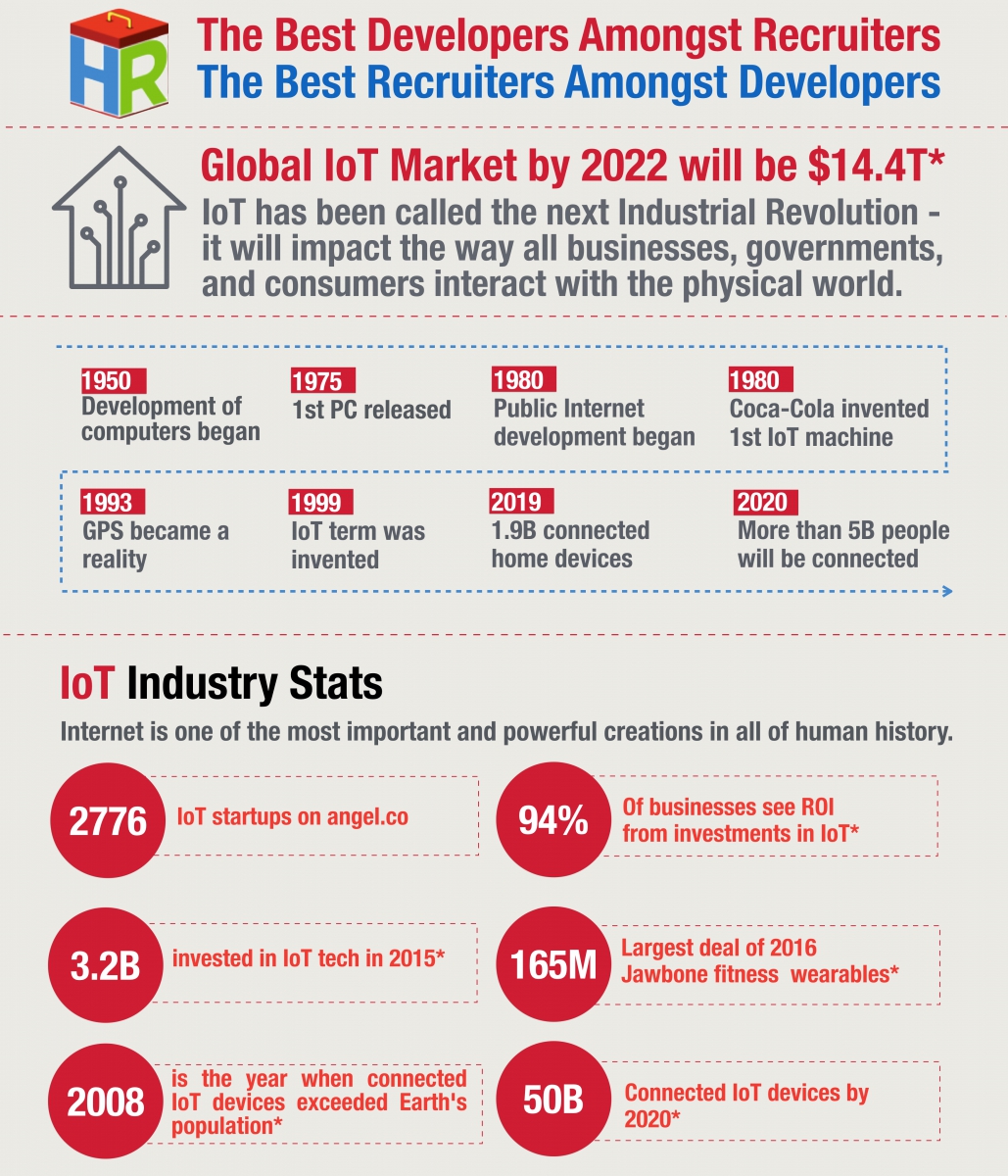 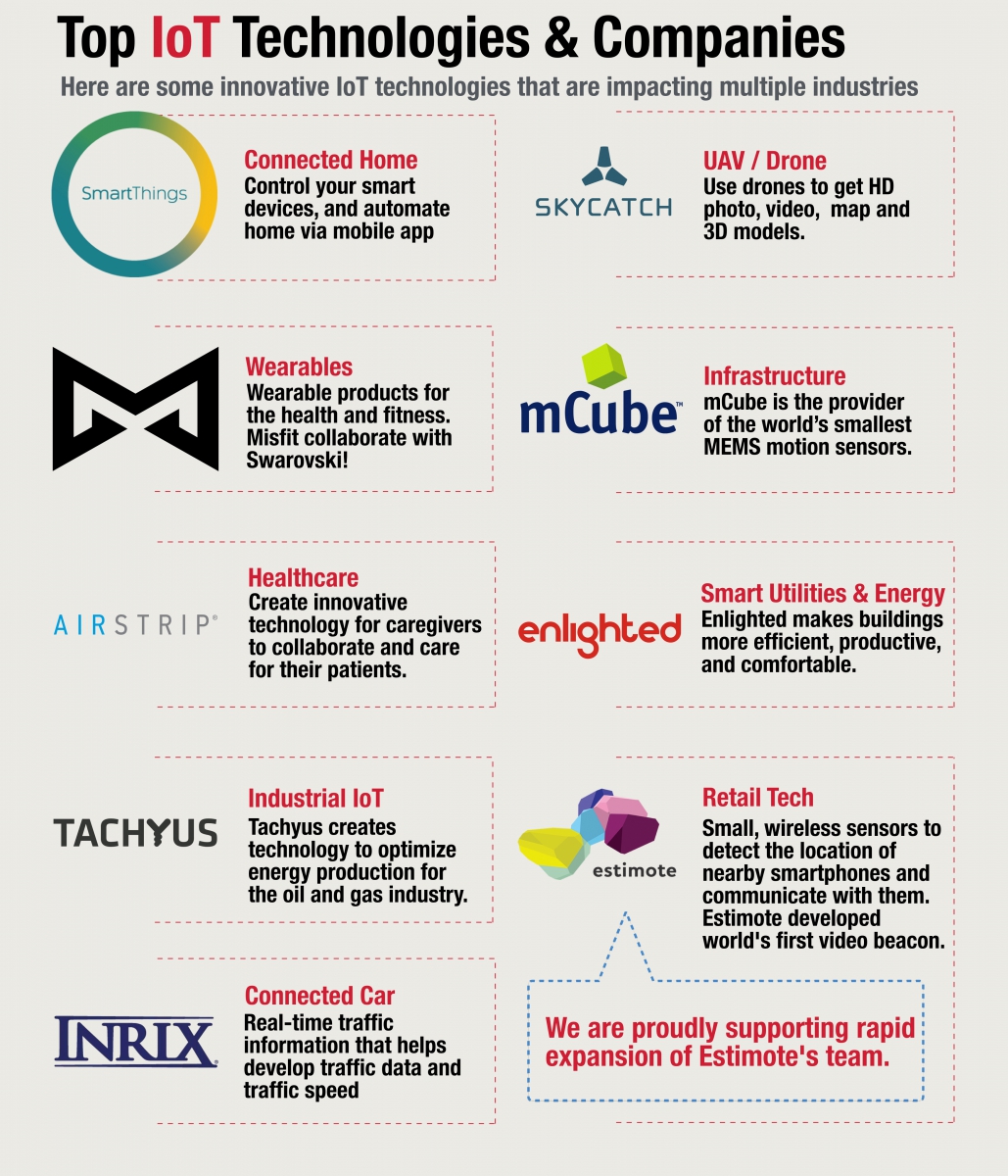 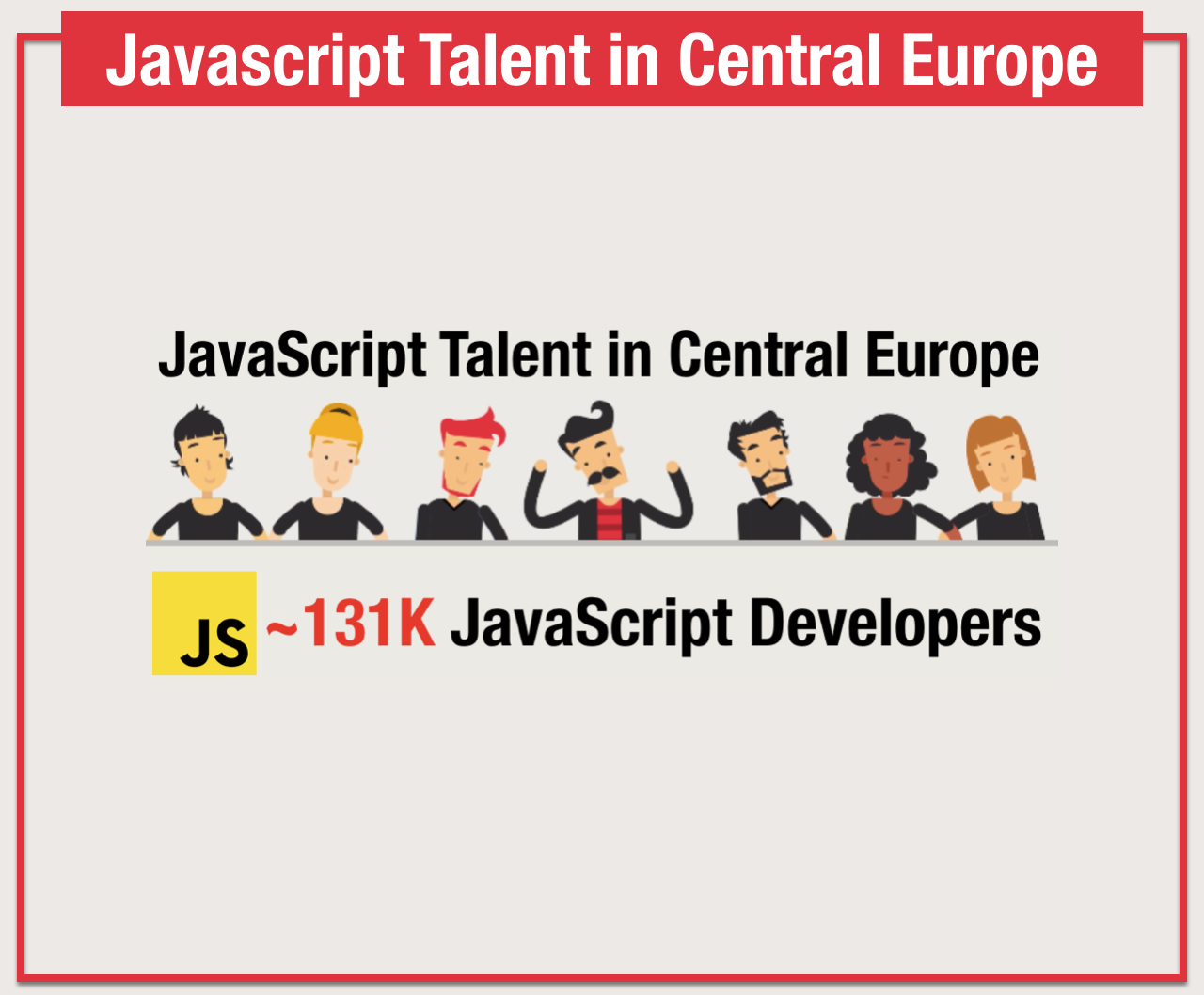 Every candidate is a potential colleague, client, user or a blogger denouncing your recruitment practices. Here are some useful tips that will help you make a great impression.
Interview the way you would like to be interviewed.
Marcin Smolinski
Founder @ Toolbox for HR 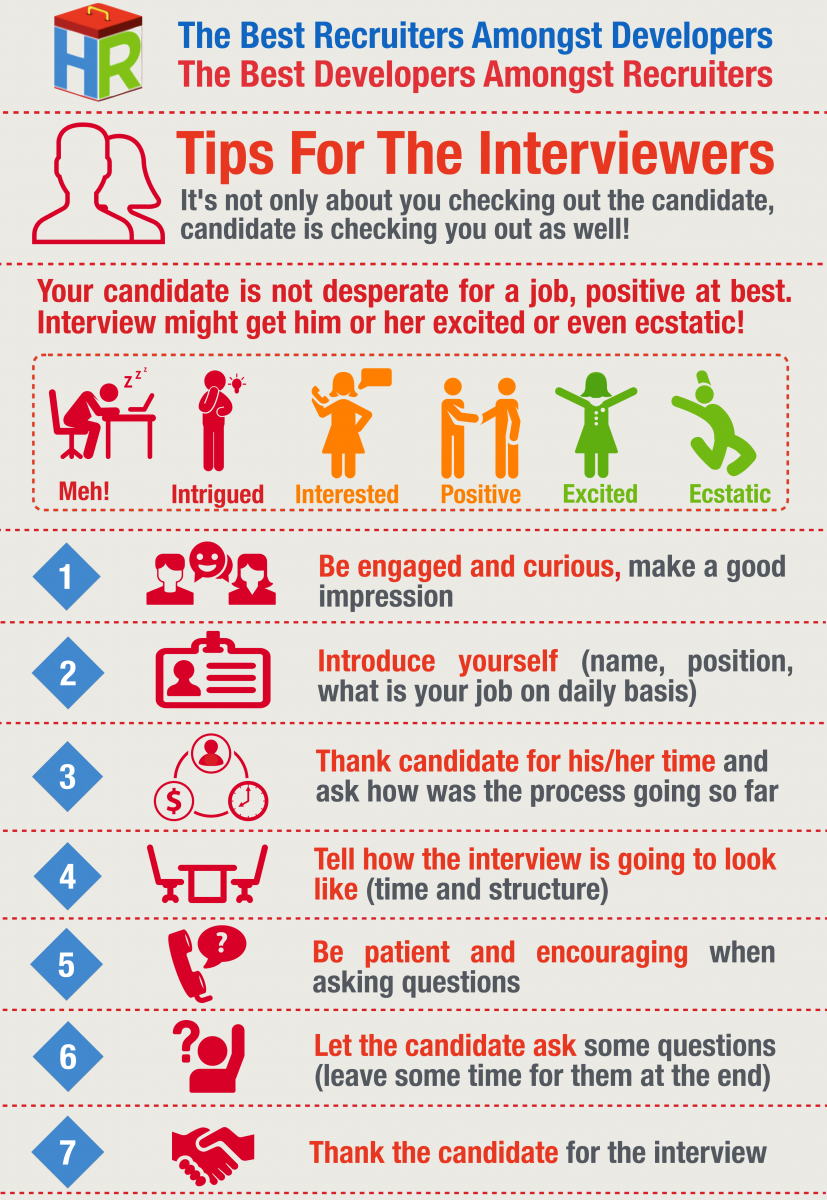 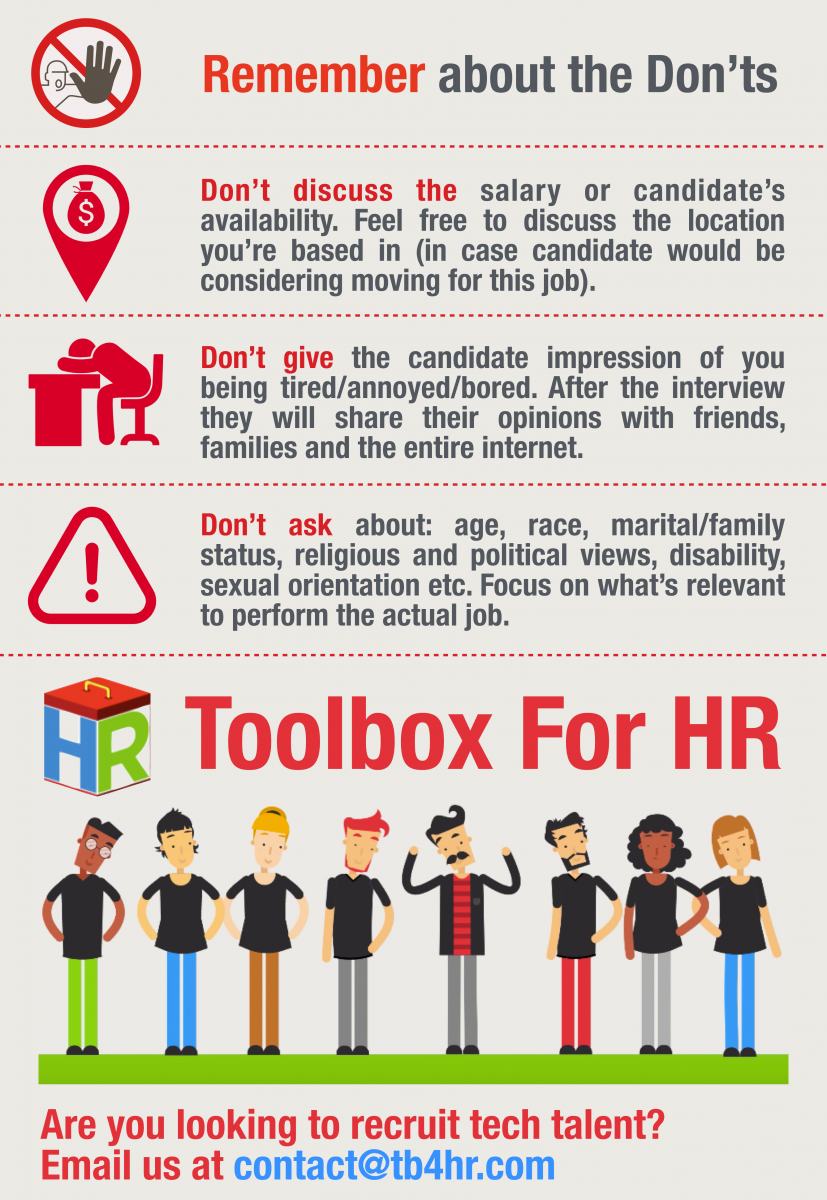 Type your keyword to search blogs.